Omega is moving to Winston-Salem

Omega Construction, Inc, a leading Design-Build General Contractor based in the Triad, will be relocating its headquarters from Pilot Mountain to Winston Salem, NC.  The move is planned to accommodate its growing employee base and will allow for further expansion as the company continues to grow. The new location is at the highly visible intersection of Stratford Road and Silas Creek Parkway in the Stratford Executive Park.

Barry Hennings, President of Omega said: “We’ve been looking at this move for some time now. Due to our growth, we needed additional space and a location to attract the future generation of the Omega team. The new location gives us some great collaborative spaces, encourages more staff interaction and is also a more central location for our employees.   One of the reasons this move is important to us is to show our commitment to the Triad and our intention to increase our presence in the Triad, while building on our reputation as one of the region’s premier general contractors.  Our employees are as excited about the move as I am.”

Omega Construction was founded in 1975 by Paul Covington and has been located in the East Surry Business Park in Pilot Mountain since 2002.

Hennings continued, “It is with mixed feelings that we are moving from Pilot Mountain.  Surry County has been a great home for Omega as we have grown into a leading general contractor in the Southeast.  We will always have Surry County roots and will remain committed to and involved in Surry County supporting the community.  We have a substantial number of employees who live in Surry County and we are pleased that they all have been extremely supportive of the move to Winston Salem.”

Omega Construction, Inc. is a privately owned general contracting firm who has been serving the construction needs of the Southeastern U.S. for over 40 years. Omega is a uniquely versatile company with a wide-ranging portfolio concentrating in the hospitality, retail, industrial/distribution, and institutional/commercial markets. Omega offers pre-construction, general construction, construction management, design/build, upfit and renovation services. 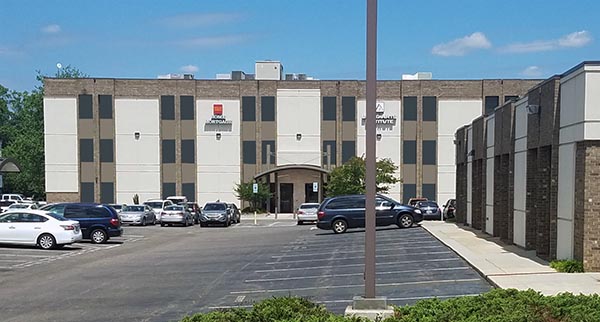