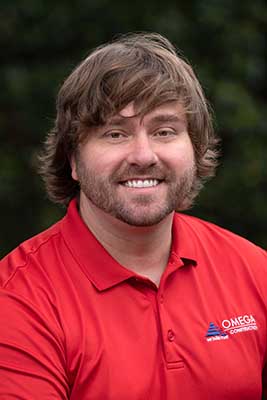 Patrick graduated from Pfeiffer University in 2006 with a B.A. in Social Studies Education and Appalachian School of Law in 2009 with a J.D. Since 2010, Patrick co-owned and operated Casstevens & Casstevens, LLP in Dobson, NC which is a general practice with primary focuses in Family Law and Criminal Law. He has been a member of the North Carolina State Bar and the Surry County Bar since 2010. Patrick joined Omega in 2017 as the Director of Human Resources and Safety. Patrick lives in Mount Airy with his wife, Jessica and daughter, Charlotte (DOB 9-28-17). In his spare time, he enjoys traveling, cooking, and spending time with family and friends.