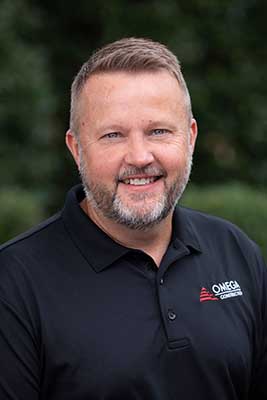 Jeff White joined Omega Construction as a Project Manager in 2012. Jeff has over 23 years experience in the construction industry both estimating and managing a variety of projects including retail, industrial, commercial, churches and entertainment. Jeff has managed several Design/Build projects utilizing conventional, pre-engineered and hybrid structures. Jeff attended Patrick Henry Community College pursuing Architectural Drafting & Design and spent his early career behind the drawing board as a draftsman for a modular home manufacturer and detailer for a major pre-engineered building manufacturer. Shortly thereafter Jeff joined the ranks as General Contractor and has managed projects throughout the Southeast and Canada. Jeff is also a licensed General Contractor in the state of NC.